Even before its premiere on Netflix on April 9, Our Blues was getting fans excited for bringing together a cast of who’s who in the world of K-drama.

The star-studded set wouldn’t have been possible if its legendary writer Noh Hee Kyung hadn’t decided to do an omnibus project as its comeback series in four years.

h, who has also written hit Korean shows like It’s Okay, That’s Love, Padam Padam and That Winter, the Wind Blows, etc., said she has been working on this narrative format for a decade now. Yeah, for as long because, as she explained, “I got tired of seeing a male lead and a female lead. You know, we’re all main characters in our respective lives, but why is everything revolves around two people in a drama?And these questions led me to choose an omnibus style. In Our Blues, Noh collaborated again with director Kim Kyu Tae, whose previous works aside from those with Noh are Iris, A Love To Kill, and Moon Lovers: Scarlet Heart Ryeo. When director Kim first read the script, it sounded like a “hybrid” of a drama series and a movie. “He stood on the fine line between the two. So I also wanted to make sure it gave viewers two experiences – one of watching a movie and the other of watching a 20-episode series.

Regarding the challenge of directing the parallel and interconnected but divergent storylines, he said his approach was to go back to basics.

“I wanted to do it in a classic and sophisticated way. It was my goal. These days we see a lot of fancy video techniques, where we tend to seek thrills and instant stimuli. But instead of going that route, I wanted to focus more on the characters, their stories and their emotions,” he said. “I didn’t want to impose anything on viewers. I just wanted to let them watch and slowly immerse themselves in the emotions and stories in a more natural way. I think that was what was most important to me as a director.

The cast chosen to bring these multiple stories to life surprised the stars themselves. And Lee Byung Hun was instrumental in making it happen. The actor, along with Ji Min and Min A, were previously part of Here, another Noh project that was scrapped due to the COVID-19 pandemic.

Byung Hun recalled, “We all got together one day and were told that we couldn’t continue this drama. Then I asked jokingly, ‘Do you have anything else written?’ Actually, I was half kidding, but I think our writer thought about what I said. “I’ve always wanted to work with writer Noh on a drama together. It’s not easy for these talented actors to get all of them together, so I thought it would be a good opportunity. She took our members from the cast and wrote a story. I was so impressed from the moment I read the script and throughout filming,” he added.

The same goes for Jung Eun, Jung Hwa, and Seung Won, there was no reason for them not to join the series considering the line-up of the co-actors.

“I asked who else is in there?” They told me everyone here. I questioned them, are you sure it’s Lee Byung Hun? Not Lee Byung Soo? I couldn’t believe all of these actors would come together to be in a drama,” Seung Won said.

“So there was really no reason for me to refuse. I enjoyed it very much. Throughout filming and even after filming…I felt happy and satisfied for the first time in a long time,” a- he added.

As for Woo Bin, one of the “younger” cast members, he admitted to feeling very nervous working alongside his idols in the industry. (Incidentally, Min A is his girlfriend in real life, but they are both associated with different actors in the drama.)

He said, “I’m in this project with some senior actors that I really admire, and some of them that I already know, so I’m really, really excited. And that doesn’t always happen – being in a project with so many wonderful actors. So, I’m just thrilled.

Our Blues tells the “heartwarming story” of the lives, loves and relationships of ordinary people in Jeju Island. The decor features prominently in the show as a character in its own right.

Noh said, “I chose Jeju because I believe (it’s) a place where very Korean and local feelings remain intact. In Jeju, the whole neighborhood could be blood related, and otherwise they are always very close to each other. Their close-knit culture was something I could really use to portray Korean culture.

In the series, Byung Hun plays a local Jeju vendor who falls in love with Min A, a mysterious single mother who arrives on the island.

Seung Won’s character returns home to Jeju after being a city dweller for years and meets Jung Eun, who plays the owner of a fish shop and the returnee’s first love. The latter’s best friend is played by Jung Hwa who also returns home after being fed up with city life.

Ji Min is a haenyeo – or as traditional female divers in Jeju are called – who catches the eye of Woo Bin, who plays a boat captain.

It was pointed out at the press conference that the magic of Noh writing lies in how it turns “ordinary people into special people”.

Ji Min further commented on the writer’s storytelling strengths, “As a viewer and a fan, his shows don’t revolve around extraordinary people. They are still ordinary people whom we encounter on a daily basis. But she paints the picture in a way that makes them feel special. That’s why the lines get stuck in your head, and you keep reciting those lines in your head. It just touches deep and gives us this comforting experience.

Behind the story set against the backdrop of the “beautiful landscape” of Jeju, there has been real camerawork.

According to director Kim, “We had fun, of course, but the process wasn’t easy. Jeju is known to be extremely windy and its weather is so capricious. It’s cold too with the strong wind,” adding joking, “So their hair isn’t as perfect, it doesn’t look flawless on the show, so they might blame me.”

For Min A, it was also the weather that made the shoot memorable. She recalls, “Every time I had a stage in Jeju, the weather wasn’t very nice. It was really windy. So the crew joked that every time I spawned, the wind started blowing. So when I think of shooting in Jeju, I instantly remember the strong wind almost blowing me away, literally speaking…and because my character Seon-a has her personal tragedies, I think the wind actually helped paint this picture for her.

Jung Eun shared that in Jeju, they didn’t have professional walk-in actors like in Seoul, so they brought in real residents. “They were very nice and cooperative, but in the fish market scenes they would sometimes buy fish to take home. And they just talked the way they wanted to, there was so much improvisation there. When they spoke a Jeju dialect that I didn’t understand, I didn’t know how to react. These are the fun times.

For her part, Jung Hwa said that she didn’t have any fish market scenes until the end of the series, so she just enjoyed watching her co-actors perform them. “When I first went there, I saw all these wonderful actors in each of their spots selling fish and trimming fish. This unrealistically beautiful Woo Bin is carrying boxes of fish and spraying l “water on the fish! So, I just sat there and watched it, and the film crew actually told me to move, so I had to,” she said in laughing.

During the press conference, writer Noh was also asked about the meaning of Blues in the title. It wasn’t referring to the musical genre, she said, but music has an important role in the show. They used various genres “to express emotions ranging from sadness to happiness”.

“Director Kim took care to make sure the music was perfect. I wanted it to be a party. Not a sad story, but a story of hope even though there is pain. Woo Bin mentioned earlier that it had a refreshing feeling, which is nice to hear. If you listen to music, your sadness goes away very quickly, no matter how sad you are. And the feeling stays with you. So , I wanted to show this aspect with the music.

“When I first met Byung Hun, I told him this: ‘This story is not about pain, but about hope.’ Experience doesn’t become pain, but it does become another step towards hope. So focusing on that, I didn’t feel a lot of pain while writing this script. I had fun with it. I want May all living beings be happy.

Next The breathtaking 50-kilo "beast" cod 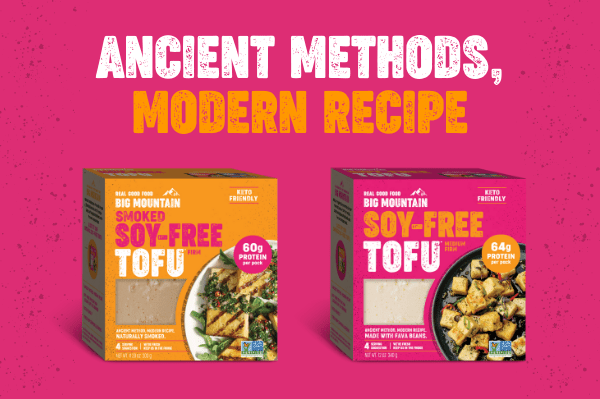