It might not be what you’d expect to find on the menu of a top restaurant, but a new kind of fishless seafood may soon be delighting diners at The Alchemist in Copenhagen.

The two-Michelin-starred restaurant has teamed up with researchers from the Technical University of Denmark to create a gourmet product that they plan to add to the menu.

It is made from a special fungus, currently used in meat derived from animal cells, which is fermented with seaweed to produce food with a fishy texture and taste.

The team hopes their sustainable seafood substitute will not only tantalize foodies’ taste buds, but also reduce pressure on ocean ecosystems.

Almost half of the EU’s marine habitats have already been assessed as endangered or near threatened, mainly due to pollution, fishing and aquaculture.

Finding sustainable alternatives to fish and other seafood could help meet growing demand without further harming the oceans, researchers say. 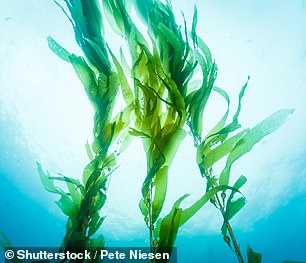 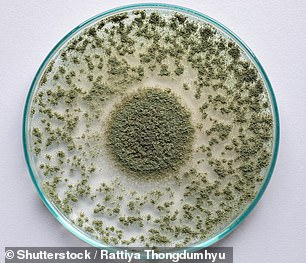 Filamentous fungi, currently used in meat from animal cells, will be fermented with algae to produce food with a fishy texture and taste (stock images)

HOW IS IT DIFFERENT FROM EXISTING FISH ALTERNATIVES?

The majority of “fishless” or plant-based seafood on the market today is made from soy protein.

Often this is combined with other beans or vegetables, such as carrots, chickpeas or potatoes, to optimize flavor.

New products made at Alchemist and the Technical University of Denmark will use filamentous fungi to create a new line of vegan seafood.

The researchers will ferment the mushrooms with seaweed and modify the fermentation conditions to optimize the texture of the food.

They will then work with the restaurant’s chefs to recreate the flavor of seafood in their mushroom-seaweed fusion product.

Filamentous fungi are microorganisms found in soil and other environments that form a mass of intertwined strands.

The texture of long-stranded mushrooms can be changed by changing the conditions in which they grow.

It can form strong “scaffolding” structures that can be used with animal cells to create cultured meat from animal cells or animal-free foods that look and taste like meat on their own.

Dr. Leonie Jahn of the Technical University of Denmark wants to make a “whole” product, like a steak or chop, with the texture and flavor of seafood.

To achieve this, his team will use the mushrooms to ferment the algae and modify the fermentation conditions to optimize the texture of the food.

It’s a process similar to the production of tempeh – a vegan protein made by fermenting soybeans with a mold.

Fermentation can be used to produce long-lasting proteins that look, cook and taste like meat, through a process similar to making foods like beer and yogurt.

The researchers will then work with the chefs of the gourmet restaurant Alchemist to recreate the flavor of seafood in their mushroom-seaweed fusion product.

Diego Prago, head of research at Alchemist, hopes to add the products to its menu if successful, and says they could also be sold more widely.

“Our main goal with the project is to try and create a unique and delicious product that is good enough to be served in a fine dining restaurant, using natural ingredients with seaweed providing flavors from the sea and the mycelium adding to a attractive texture,” he said. 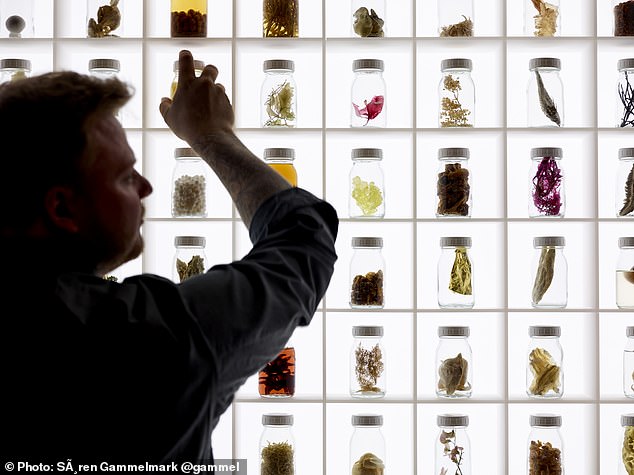 After developing the product, the researchers will then work with chefs at fine-dining restaurant Alchemist to recreate the flavor of seafood in their mushroom-seaweed fusion product. 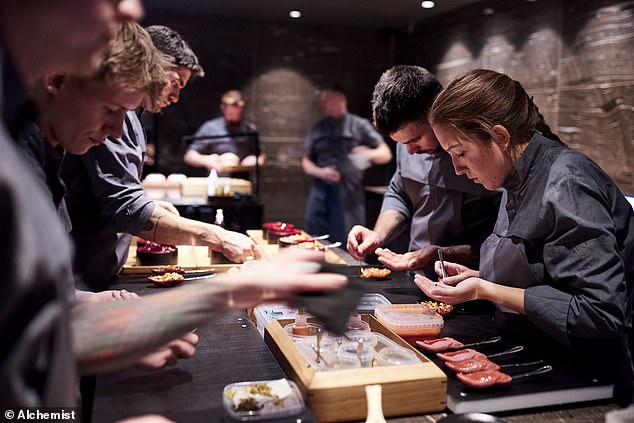 Dr. Leonie Jahn of the Technical University of Denmark wants to make a “whole” product, like a steak or chop, with the texture and flavor of seafood. Diego Prago, Alchemist’s head of research, hopes to add the products on its menu if successful 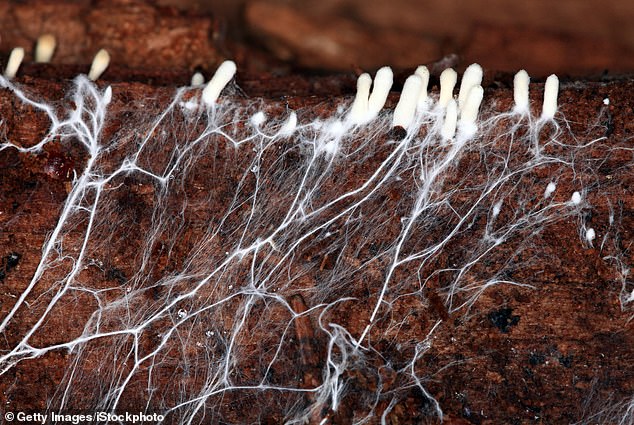 The texture of long-stranded filamentous fungi can be altered by changing the conditions in which they grow. It can form strong “scaffolding” structures that can be used with animal cells to create cultured meat from animal cells or animal-free foods that look and taste like meat on their own. The mycelium (pictured) is made up of a mass of branching tubular fungus filaments that give it a fleshy texture. It will be used to manufacture the range of seafood products without fish

Most previous research on filamentous fungi has focused on assessing and improving its nutritional value, rather than using its texture in food production.

Dr Jahn said: “I think there’s huge potential here – there aren’t many seafood alternatives on the market, but there’s definitely a need for them.

“It’s also an area that hasn’t really been explored before.”

The project is funded by the Good Food Institute to help advance plant-based and cultured meat innovation.

Seren Kell, Head of Science and Technology at the Good Food Institute Europe, said: “This is an incredibly exciting project that will explore innovative ways of using mushrooms to deliver the distinctive flavors and textures of seafood – using it to create whole seafood, scaffolding to give structure to cultured meat products, and finally developing its texture and fermenting seaweed to create a whole new seafood product.

“I will be fascinated to see the outcome of Dr. Jahn’s research.

“Seafood is an area where we urgently need innovation, and there are huge opportunities for companies and governments to invest in new research to develop plant-based seafood products and crops that can help meet growing demand in a sustainable way.” 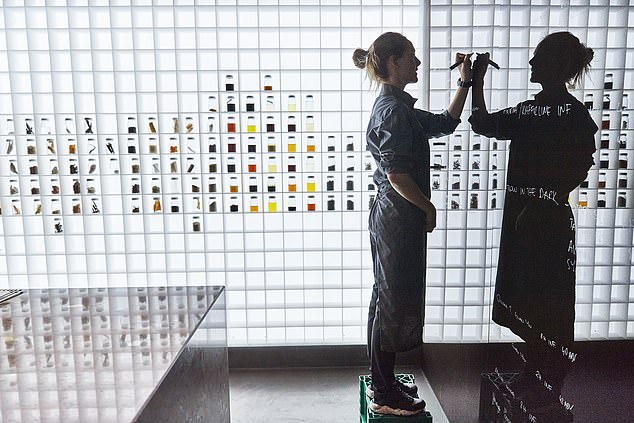 Alchemist offers a dining experience with a fixed menu of 50 uniquely developed dishes or “impressions”, to be enjoyed while surrounded by art, theatre, sound and light 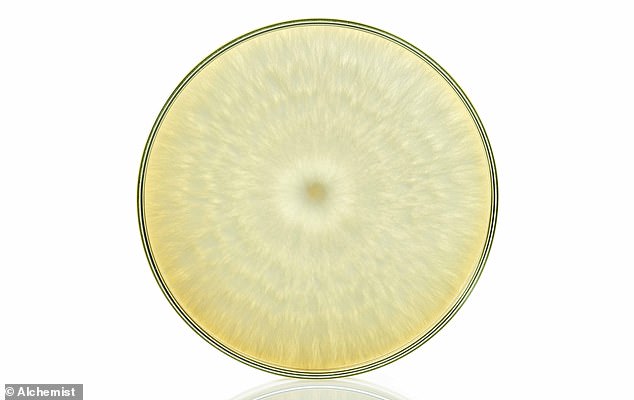 Alchemist offers a dish called “Mycelium” named after the mushroom they will be using in their fishless seafood. It is made of mushroom soup and gel and is served in a Petri dish

Europe already imports three times more seafood than it produces, and global demand for seafood is expected to double by 2050.

Overfishing began in the mid-twentieth century when countries around the world began to build their fishing capacity due to growing demand.

This has seen a rapid rise in large industrial fishing operations, which have quickly replaced local fishermen as the world’s main source of seafood.

These operations involved the use of aggressive methods and sophisticated technologies to search for and extract species of fish, making them more affordable to buy and devastating marine ecosystems.

A report published last year said overfishing has put 60% of UK fish stocks at risk of collapse – with cod, crab and North Sea herring among those that are in critical condition.

Cod and fries on the menu? Popular fish will become harder to catch as sea temperatures rise

It’s the go-to meal for a visit to the seaside, but cod and chips could soon disappear from the menu, according to a new study.

Researchers from Rutgers University have warned that rising sea temperatures will mean fewer popular fish species will be available for capture over the next 200 years.

They suggest that as sea temperatures rise, the fish will be pushed out of their natural geographic range, making it harder for fishermen to catch them.

Meanwhile, larger top predators will stay in their habitats longer than smaller prey, in part due to the arrival of new food sources in their pre-warming ranges, the team says. 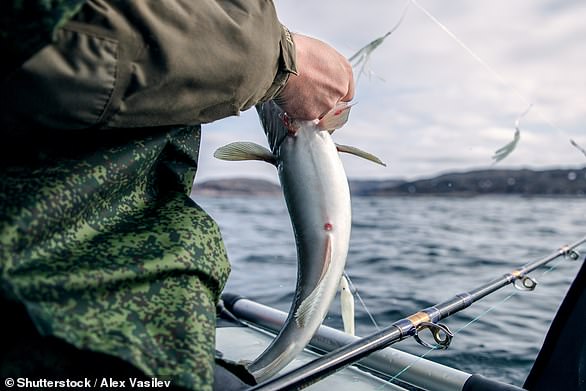 Researchers suggest that as sea temperatures rise the fish will be pushed out of their natural geographic range, making it harder for fishermen to catch them (stock image) 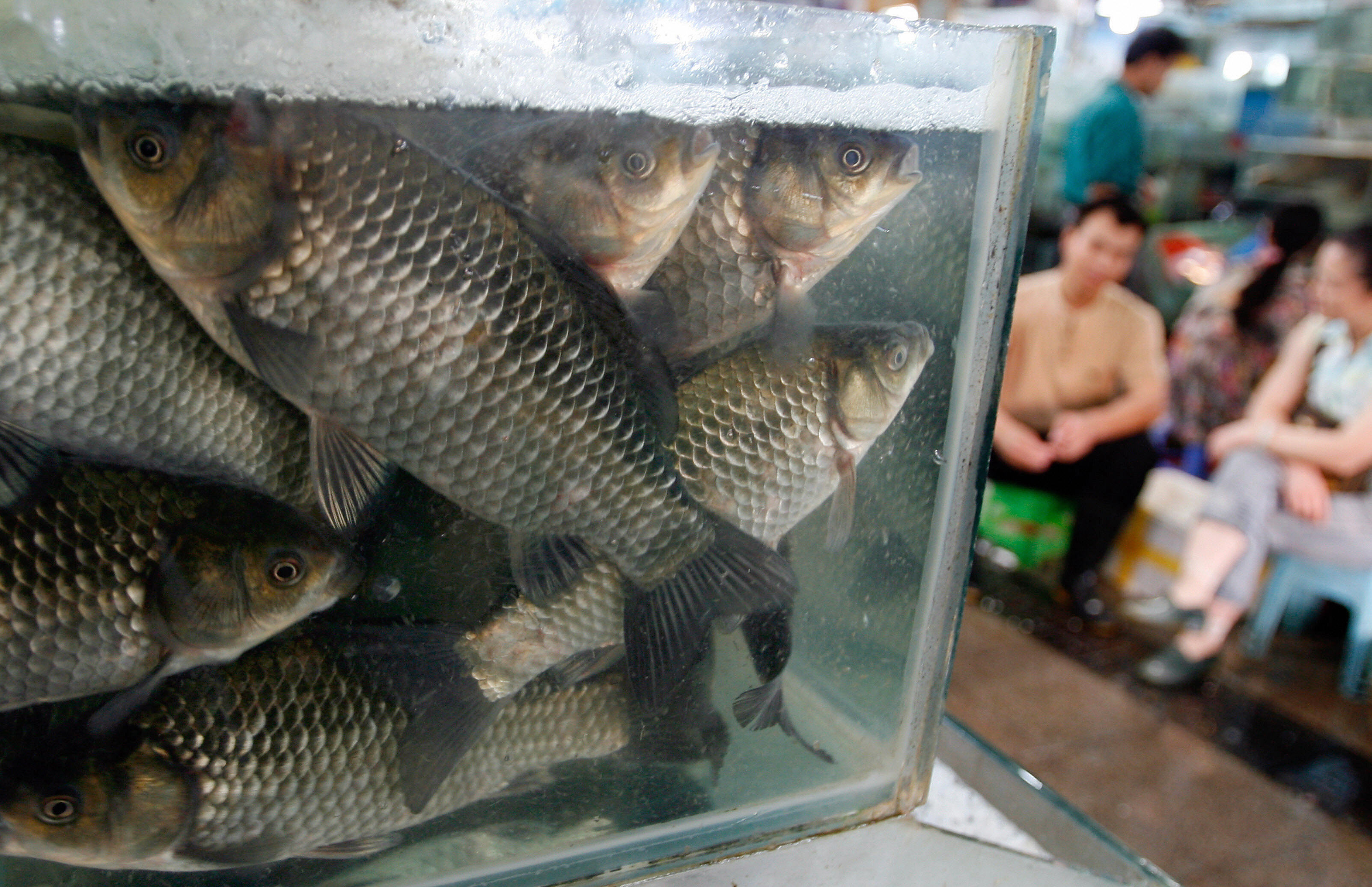 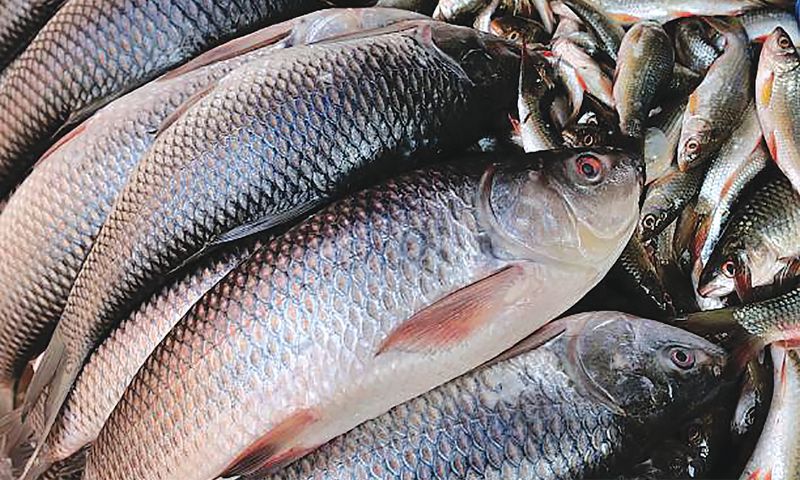