Lithuanian authorities have stopped the sale of potentially dangerous meat, cracked down on fish traders and uncovered dietary supplement violations over the past month.

In early December, agents from the State Food and Veterinary Service (VMVT) blocked the sale of nearly 10 tons of potentially dangerous meat products.

Kaunas processing company Magnuva UAB was prevented from supplying the market with more than 9.7 tons of various meats and semi-finished products.

An inspection of the company’s production plant revealed deficiencies related to health and hygiene standards, non-compliance with storage conditions, inappropriate labeling and poor traceability of food. The company’s operations have been suspended until the deficiencies have been corrected.

Production equipment and surfaces in direct contact with food were not properly washed and sanitized. It was also not possible to link specific batches of raw materials to production batches and the shelf life was calculated from the day of export of the finished product and not from the time of production. , according to VMVT.

In another case in Kaunas, authorities prevented the sale of meat from a car in December.

Officers saw an online ad offering the option of buying pork with delivery. Inspectors made a control purchase of meat and sold 50 kilograms of pork of unknown origin without a cash receipt. After inspecting the vehicle, another 200 kilograms of pork raw material were found.

The investigation revealed that pork had been transported from Poland in a vehicle which did not have the refrigeration equipment necessary to handle perishable goods.

Seasonal fishing operations and supplement results
The state Food and Veterinary Service also stepped up checks on fishmongers during the holiday season.

In December, inspectors carried out targeted inspections on the sale of fish products throughout the country in supermarkets, specialty stores and markets.

Based on checks carried out at 118 points of sale, the most common irregularities were improper storage and labeling of fish products. Officials have found fish stored at a higher temperature than required. Fish is particularly sensitive to storage conditions and can deteriorate rapidly, rendering it unfit for consumption and possibly causing histamine food poisoning. The inspectors also found irregularities in the labeling of the products because not all of them indicated the country of origin, the expiry date or the producer.

Another operation focused on the sale of food supplements in 21 markets across the country.

Inspectors found that not all traders had registered their activities and that, in some cases, documents proving product traceability were missing. Merchants have been told to address the issues with fines issued and supplements withdrawn from sale.

Finally, Lithuania hopes to soon be authorized to export egg products to the United States.

An application was filed in 2014 and in the coming months, VMVT hopes to be able to initiate procedures for the veterinary certification of egg products and the approval of establishments for the export of these products to the United States.

If the US authorities recognize Lithuania as suitable for exporting egg products, it will become the second EU country after the Netherlands to receive such a permit. The USDA Food Safety and Inspection Service (FSIS) is seeking comments on the plan through February 28, 2022. 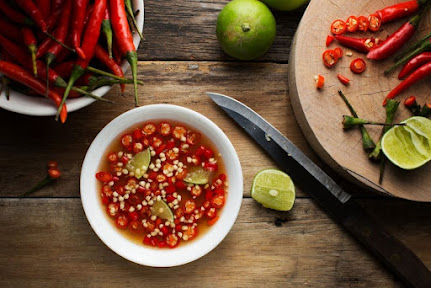