Figuring out what to do about invasive northern snakeheads in the mid-Atlantic waterways has long puzzled the state’s wildlife officials. Northern serpent heads, which are endemic to East Asia, breed profusely and then wildly protect their fast-growing fry. Bass anglers casting surface frogs or flipping bait around vegetation often have an eye-opening experience when brown, toothy fish absolutely crush their surface lures. However, the species has a negative impact on ecosystems as it feeds on fish such as shad and sunfish, creating ripple effects that impact large fish. Snake heads have been in the United States for decades and was sold in pet stores, live fish food markets and restaurants in several major cities. Interstate transport and possession of fish without a special permit has been prohibited since 2002.

Maryland Department of Natural Resources MDNR officials have been studying and attempting to manage populations of snakeheads, as well as invasive blue and flat catfish, for years. In the spring of 2021, the agency operated a fish elevator at the Conowingo Dam on the Susquehanna River to aid native species during their migration while trapping and removing snakeheads and flatheads. The project was a partnership between MDNR, the dam owner, Exelon Corp, the Maryland Department of Agriculture and local seafood wholesaler JJ McDonnell and Co. In addition to removing invasive fish from the Bay Watershed Chesapeake officials were able to add research data to their biology while providing healthy meals at a local food bank.

Megan McGinn of MDNR said “about 2,000 pounds of northern snakehead were processed into 900 pounds of boneless fillets. All were donated to the MD Food Bank for distribution. Each fillet has been individually vacuum sealed, labeled and frozen to ensure quality.

This year’s effort was a pilot program that ended with the end of the spring migration. It is currently being evaluated for continued future: “This initiative serves several purposes, including controlling invasive fish species by harvesting them to minimize their impacts on the Chesapeake Bay ecosystem and by providing high protein meals for those who need it, ”said MDNR Secretary Jeannie. Haddaway-Riccio. “We will also improve our scientific data collection, which will help us better manage these invasive species in the future. “

Fish elevators were installed on the east and west sides of the Conowingo Dam decades ago to provide critical passage for migrating fish such as American shad and river herring. Exelon works closely with state and federal agencies to help these species gain access to traditional spawning grounds above the dam. One of the ski lifts was closed in spring 2021 to curb the movement of invasive species. The other has a series of gates and water channels that attract and hold fish in a specialized hopper that has been raised above a sorting pond where biologists can quickly sort fish. Shad, herring and other native species and game were placed in holding tanks and then trucked upstream for release. Snakeheads and invasive catfish have been removed.

“Despite the challenges posed by invasive species, we remain committed to working with MDNR to control this threat and operate in an environmentally responsible manner, including implementing creative solutions to ensure the safe passage of fish during spawning season, ”Conowingo Dam Plant Manager Dusty told McKeown.

Next Make the fisherman the center of fish management 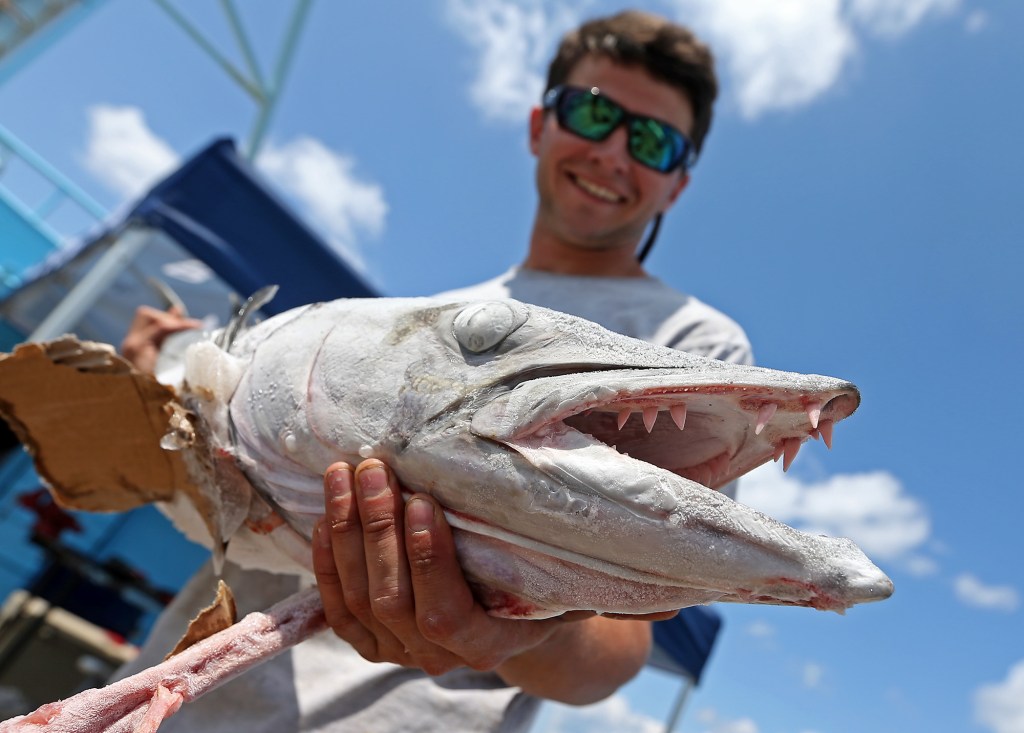