This story was produced for the ear. To listen, press the orange play button.

TIMOTHY: Alright, we’ll drop these guys in our – we have water, broth of sorts.

RUDIN: So, Antonia, a few weeks ago I met Jason Timothy. He is the creative culinary director and co-owner of a restaurant called Troop.

TIMOTHY: It’ll cook for about, you know, three or four minutes or until they get a little red.

Rudin: We were in his kitchen in Providence, cooking blue crabs.

Rodin: Yeah, I grew up in Baltimore, and they’re everywhere. You have crab cakes, soft shell crabs, crab dips…restaurants where they steam tons and tons of crabs, coat them in Old Bay and lay them on a table for you to crack open with a hammer. It is the official state crustacean and Maryland’s most valuable fishery.

AYRES-BRUN: It sounds so good, and it also sounds a bit like what the quahogs or squid are in Rhode Island. So, do blue crabs live here too?

Rudin: Yes, but you can only fish them recreationally because the Rhode Island Department of Environmental Management says the population is too small to sustain a commercial fishery.

But that could change. I talked to Katie Rodrigue, a DEM biologist, about it.

RODRIGUE: So one of the factors that kind of keeps the blue crab population lower in its northern range is its winter mortality. So when the waters get cold, around 50 degrees or so, they start to go dormant, and they’ll just kind of sink into the sediment.

RUDIN: Our winters are getting warmer. And scientists believe that due to climate change, temperatures in Narragansett Bay could be more like those of the Chesapeake – and the population of blue crabs could really take off.

AYRES-BRUN: So blue crabs are one of those examples of species that could thrive in the northeast due to warmer temperatures. But I guess it doesn’t just affect blue crabs, does it? I also heard that lobster and winter flounder are getting rarer here.

Rudin: Yes, and other historically more southern species are becoming more common, including scup, striper, sea robin and spiny dogfish. And the one that people have told me over and over again as the poster child for the impact of climate change is the black bass.

There are these maps of the distribution of black bass biomass over time. And you can see that the species was once centered on Virginia and the Carolinas. But in recent decades the center of the population has shifted north to New England.

AYRES-BRUN: What does this mean for our region? Are Rhode Island anglers already seeing this change, in terms of what they catch?

Rudin: Yes, they are. I spoke to Fred Mattera, a lifelong fisherman who now runs the Commercial Fisheries Center in Rhode Island. And with black bass in particular, he said the population just exploded.

AYRES-BRUN: It looks like that could be a good thing for anglers here.

Rudin: Yeah. The thing is, according to Fred, regulators have been slow to change quotas to keep up with this change.

MATTER : It’s so slow, so slow, it’s ridiculous. As fishermen we live in real time, you know. I went there last night and I’m fishing there today, and I see all these bass. And the key here is that we have to start changing the quotas. We need to increase the quotas.

Rudin: Rhode Island’s quota for black bass has been increased slightly. But it takes time for scientists to measure these population changes and analyze this data. And then the process of allocating quotas between states is political, and Rhode Island does not have a seat on any of the councils that make that decision.

So as species like black bass move north, more of them may leave their traditional range. – this is where some of these regulatory decisions are made – in more northern waters.

AYRES-BRUN: Okay, even though the fish are moving, there are those human systems – like how we catch fish, how we set quotas, how we pack, market and sell fish – that also have to adapt. Do people try to anticipate these changes?

Rudin: Yeah. Blue crabs are an example. So just this year, Rhode Island DEM started tracking the blue crab population here. And the idea is to start collecting data before a potential population boom so that if there are enough crabs to support a commercial fishery, DEM is ready to regulate it and allow fishermen to take advantage of this new opportunity. Here’s Katie Rodrigue from DEM again:

RODRIGUE: You know, for example, maybe there was a fisherman who targeted lobsters in the past, and it’s not really doable now. In the future, potentially, this effort could go to blue crabs, if their population level allows.

AYRES-BRUN: Okay, and then I imagine you would need companies willing to distribute and sell the crabs. For example, in Maryland, I know there are crab processing companies that extract the meat from the shells and package it. But we don’t have those kinds of businesses here.

Rudin: Yeah. So, remember those crabs chef Jason Timothy used to cook? He put them through a study that tries to start to tackle the questions that you raise.

MEASUREMENT: The point of this project is kind of to look into the future and see, okay, what will the ecosystem look like here in the future?

Rudin: It’s Kate Masury, who runs an organization called Eating with the Ecosystem. She and an economist from URI are talking with all these adjacent fishing companies about how they might adapt to handle new species entering the area. And they supply six different species of fish from the South or Mid-Atlantic to restaurants in Rhode Island, with the idea that these imports could be the local species of the future. And they ask chefs and customers how they liked the fish.

MEASUREMENT: We need markets for our catch. And the supply chain plays a big role in that.

AYRES-BRUN: So it looks like they want to get people to start thinking about buying these fish as they become more available. It reminds me of the challenges we talked about yesterday to get people to eat more scup.

Rudin: Exactly. The final piece of the puzzle is some kind of cultural shift. Like, say there are tons of crabs in Narragansett Bay, DEM is allowing people to catch them commercially, distributors are ready to package them up and sell them… Will restaurants and consumers buy them?

AYRES-BRUN: Yeah, and food culture is so tied to places and their history, especially in New England, which is so provincial. So what did Jason think of the crab? Will Troop start serving Blue Crabs, if they can find any locally?

Rudin: It was kind of a mixed review. Jason said picking meat is just a ton of work and pre-picked meat is expensive. But he does not rule it out.

TIMOTHY: As much as it’s painful to manage, it’s so good. It really is.

Rudin: As he scooped out the meat from the first batch of crabs, we both put a piece in our mouths.

TIMOTHY: You still get that nice brine, seawater…a little broth, you get a little bit of that flavor in there.

Rudin: And the blue crab is not the only species to be part of this experience. The restaurants work through six species. And we’ll put more information on our website about participating restaurants.

AYRES-BRUN: And there are a few weeks left in the experiment, so there’s still a chance to get a sample of the next species on file. For public radio, I’m Antonia Ayres-Brown.

Rudin: I am Sofi Rudin.

More information about the dining experience with URI and Eating with the Ecosystem, including a list of participating restaurants, is available here.

This is the second part of a two part series. Click here to listen to the first part.

Antonia Ayres-Brown is a Newport reporter for The Public’s Radio and a member of the Report for America corps. She can be reached at [email protected].

Sofie Rudin is the science and environmental reporter for The Public’s Radio and can be reached at [email protected]. 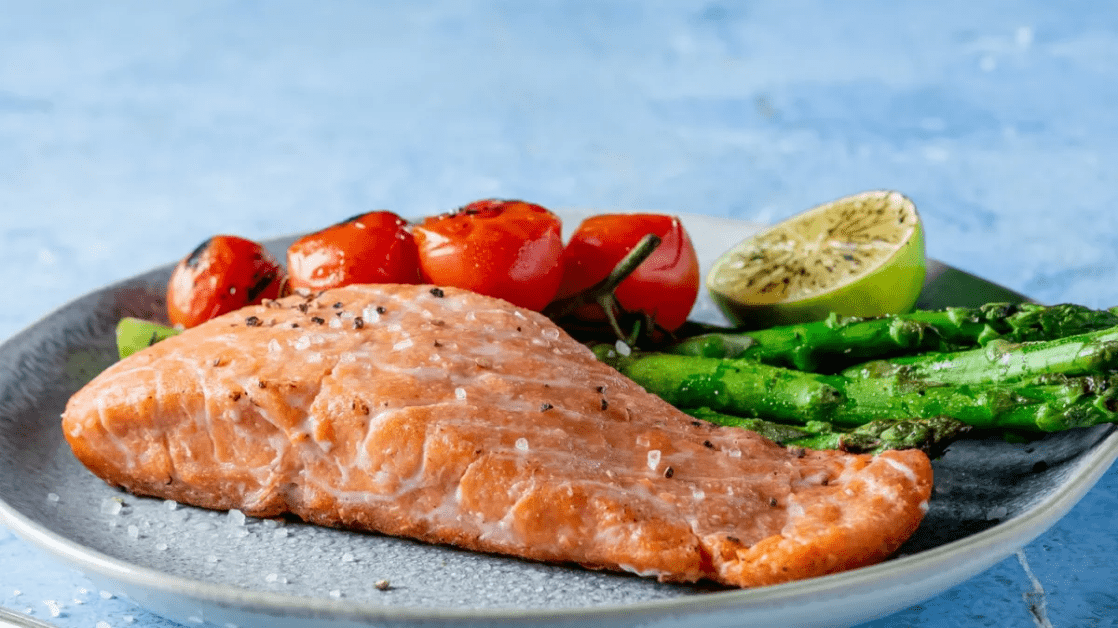 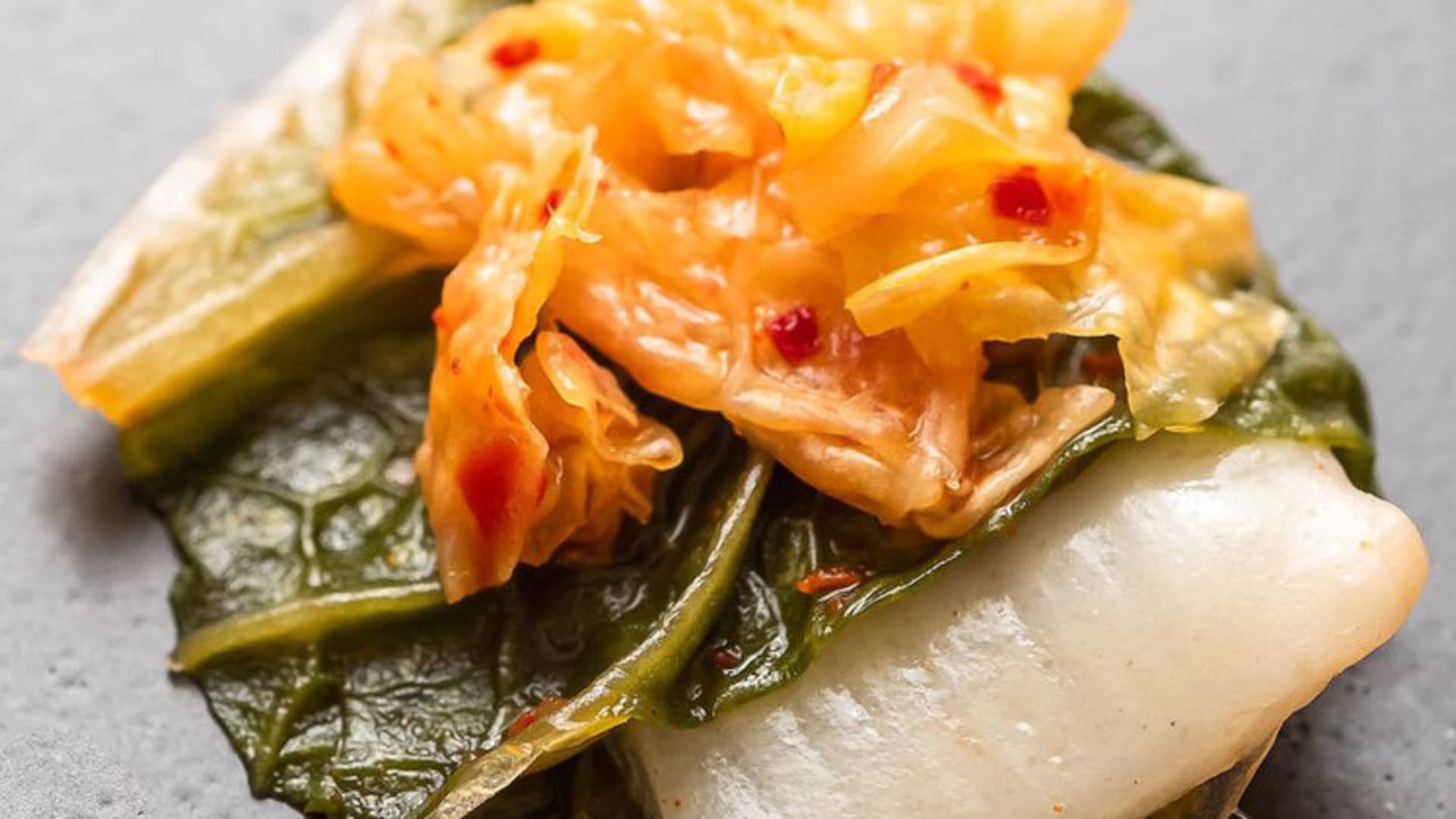 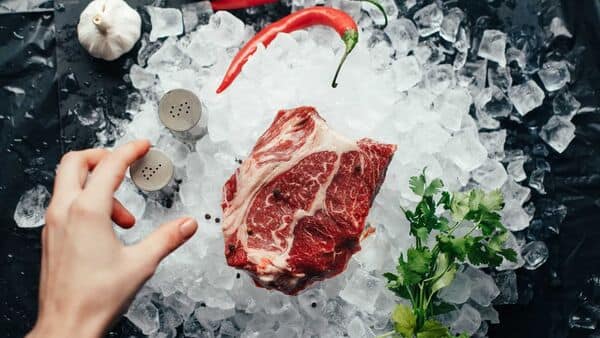 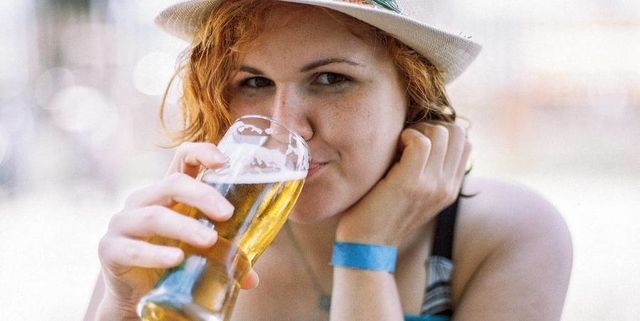